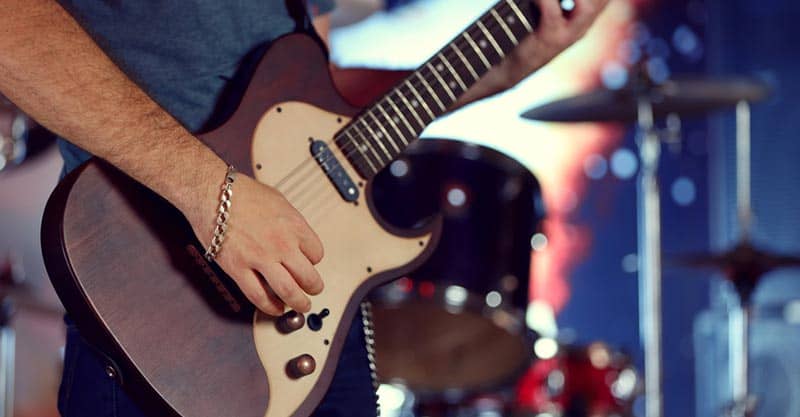 It might seem obvious, but all string instruments have a set number of strings.

The guitar – unlike the violin, viola, cello, contrabass, or otherwise – is somewhat of a unique instrument in that it can feature a few different string configurations.

Most of the time, a guitar has six strings, but that’s not always the case.

So, let’s explore exactly how many strings electric and acoustic guitars have.

How Many Strings Does An Electric Guitar Have? 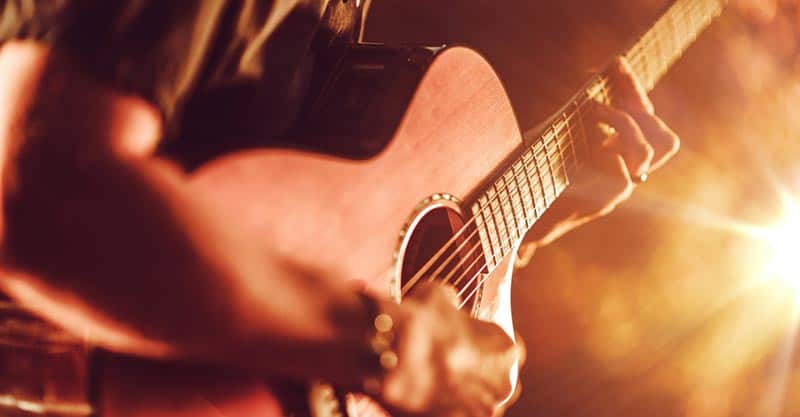 Here’s the quick answer – an electric guitar has six strings.

Now for the more in-depth answer.

Most standard electric guitars come equipped with six strings direct from the factory.

This is because most guitar brands either make their own strings or are partners with another company that makes them.

With that in mind, electric guitars come in other configurations as well – seven-, eight-, nine-, 10-, 11- and even 12-string guitars all exist.

Seven-string electrics and beyond give you access to lower notes, so as you add more strings, you basically end up with more of a guitar-bass hybrid instrument than anything.

12-string guitars are a little different, however, in that they feature two courses of strings for every note, much like a mandolin.

So, playing a 12-string guitar is a lot like playing a six-string, except that you get a thicker tone overall thanks to the added octave.

Other custom options have grown in popularity, and YouTuber Jared Dines had an impressive 18-string. And, Stevie T came along with his 20-string.

You can also find double, triple, quad (and beyond – it gets a little ridiculous after four) neck electric guitars.

The most common configuration is a double neck guitar with a six- and 12-string, but if you had additional necks, you could use them for alternate tunings or even fretless setups.

How Many Strings Does An Acoustic Guitar Have? 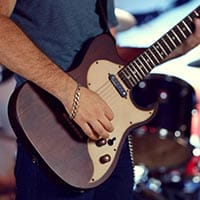 Here’s the quick answer – an acoustic guitar, like an electric guitar, has six strings.

This goes for both steel-string and nylon-string acoustics and like electric guitars, acoustic guitars usually come equipped with strings direct from the factory.

With that in mind, there are specialty acoustic guitars too.

As with 12-string electrics, 12-string acoustic feature two courses of strings tuned in an octave, and these have been around a while now.

This list should not be considered comprehensive in any way, but one other type of acoustic guitar that’s probably worth mentioning is the harp guitar.

A harp guitar comes with six, standard acoustic steel strings and six “harp” strings, which cannot be fretted but can be used as bass notes.

How Many Strings Are There On A Guitar;  Final Thoughts 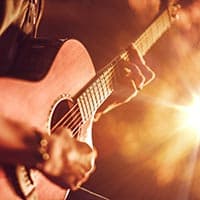 Because the guitar has a wider range than say the violin or viola, and because guitarists usually play multiple notes simultaneously, some people say the guitar is like an entire string section of an orchestra.

To an extent, that is true, but of course the cello and contrabass can play much lower notes than a standard guitar can.

The key is that the guitar is perfect for accompaniment because you can play all six strings at the same time and give your riffs and chord progressions fullness.