by David Andrew Wiebe
Filed under: 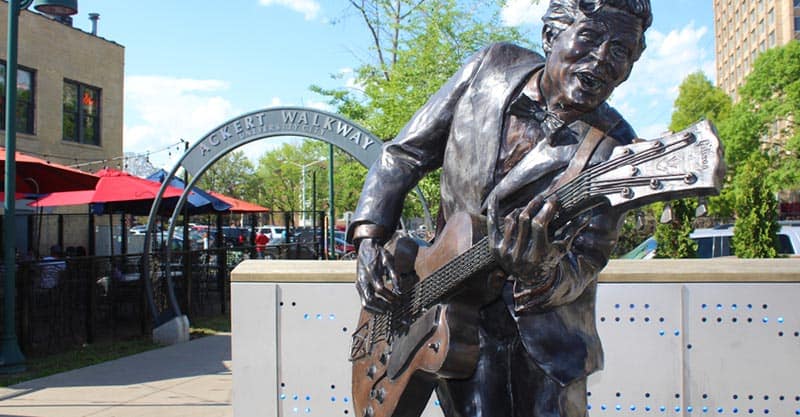 At 90 years old, in 2017, Father of Rock N’ Roll Chuck Berry was buried with his cherry-red Gibson, bolted onto the inside of his coffin.

It’s fair to say Berry influenced every rock n’ roll guitarist that followed, but some of his most notable contemporaries include The Beatles, The Rolling Stones, Elvis Presley, Jimi Hendrix and The Beach Boys. 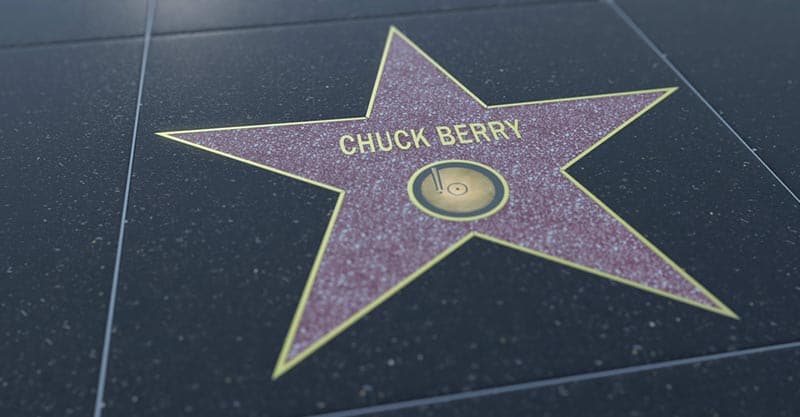 Lead guitar would not be what it is today without Berry, even if modern lead guitarists are owing just as much to Eddie Van Halen and Yngwie Malmsteen.

Many of our favorite lead guitar clichés originated with Berry, and even the movie Back to the Future paid homage to him when Marty McFly (played by Michael J. Fox) went up onstage to play his own rendition of “Johnny B. Goode” at his mother’s prom in 1955.

Side note, do you want to learn to play guitar songs the easy way? Learn how here – results are guaranteed!

Guitar Aficionado is a participant in the Amazon Services LLC Associates Program, an affiliate advertising program designed to provide a means for her to earn fees by linking to Amazon.com and affiliated sites